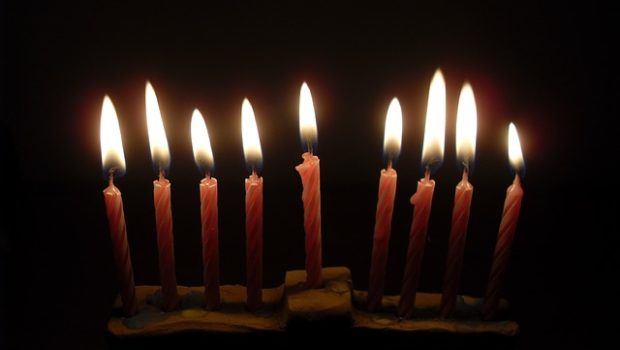 Hanukkah, the “Other” and Organic Torah

We are witnessing a dawning of awareness in this country: many had thought that racism was behind us. Many considered themselves to be no longer racist because they and their friends didn’t explicitly use racist language any more, didn’t consciously discriminate against other races, gender preferences, or religions. But we’ve seen that white America still holds prejudice inside, in assumptions, fears and projections. It comes out in the assumptions of white police officers when dealing with a black man that they wouldn’t have dealing with a white man.  White America still projects its wildness, uncontrolled passion and violence onto blacks.

I’m reminded of one of the most memorable passages from Toni Morrison’s classic novel Beloved, in which she talks about the jungle inside people:

White people believed that whatever the manners, under every dark skin was a jungle. Swift unnavigable waters, swinging screaming baboons, sleeping snakes, red gums ready for their sweet white blood. . . . The screaming baboon lived under their own white skin; the red gums were their own.

When people can’t admit their own passion, their own aliveness and untamed life force, they demonize it and project it onto others.

It makes me wonder whether, so long ago, the sophisticated Hellenists thought of the Jews as wild and untamed, in need of the control, discipline and logic of their great civilization.  And, throughout the centuries of diaspora, especially in the European world, the Jews were seen as wilder, as primitive, dirty, unruly, not quite fully civilized.  In many respects it was the same Hellenistic way of thinking that liked neat equations, linear logic, eternal Forms, universal truths, that couldn’t deal with the dream-like weave of the Talmud or Midrash, the disconcerting tangle of a tzitzit hanging out of a belt, the babble of voices in a shul.

But, perhaps there is an awakening.  Perhaps we’re seeing in our day the beginnings of understanding that we are all wild, alive, organic beings, and that is nothing to be afraid of.  We are all ecosystems of relationships. We can see their patterns but they can’t be pinned down or defined.  We all live in a balance between control and spontaneity, between love and discipline, between the river and the shore.  Perhaps we can help to foster understanding that we are all human beings in the Image of God, but not Gods ourselves.

This awareness is what we are trying to grow at Organic Torah.  We look at Jewish texts, thought, and life as an organic weave. And we look at the turn in Western thought toward systems thinking, complexity, emergence and networks. We look at the pattern of patterns emerging that says we can understand one another without fear.  At Organic Torah we are teaching classes and workshops, writing, fostering discussions and seeing new patterns. We hope that you’ll join us in this exciting journey.  As we come to the end of 2014 and you think about what you value and in what direction you want to see the world move, I invite you to support the work of Organic Torah with a donation.

Wishing you a joyous Festival of Lights – חג אורים שמח!