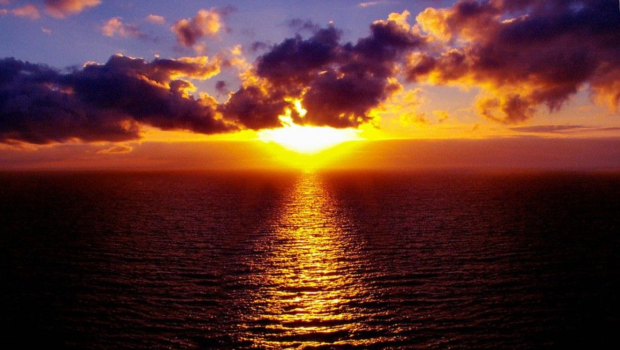 The Climate Crisis, Our Addictions, and How Judaism Can Help

The other day there was a blackout in our neighborhood. Not a long or serious one. Our block was dark for only about an hour because of some mechanical problem. But for that hour, something interesting happened. The kids all came out of their rooms and even our upstairs neighbor, a young teenager whom we rarely see, said he was home alone and wanted company in the dark. Everyone gathered in our kitchen. Ilana, my wife, was cooking so everyone helped out cutting vegetables by candle light. Naturally, people started talking to each other. Then the lights came on and everyone immediately went back to their rooms and their devices. We liked it better without the power.

It was a tiny incident, but it helped us see how our cheap energy life-style is not only terrible for the planet, but it also detaches us from one another, and from the values that Judaism teaches regarding a sense of community, mutual responsibility and gratitude.

It reminded me of what Wendell Berry wrote back in the ‘70s about “cheap energy mind”—the mind-set that tells us we don’t need neighbors, and we don’t really even need our own bodies since we can so easily get everything with the push of a button.

As a society we’ve become addicted to that cheap energy. It’s easy to understand why: it makes things a lot easier. According to Bill McKibben, “…a barrel of oil, currently about sixty dollars, provides energy equivalent to about twenty-three thousand hours of human labor.”[1]

But, as addicts, we can’t look straight at the evidence in front of our eyes, that, for all the great things it has done for us, fossil fuels are now killing us. We should be terrified by the climate reports that come out almost daily. Nations that pledged to reduce carbon emissions aren’t reducing. The seas are heating faster than we thought. We are fast running out of time, but we turn our heads away and pretend it will be alright.

We also avert our gazes from the ways that our addiction to this cheap energy, isolating life-style isn’t making us happier. In fact, it’s killing us in many ways beyond the climate. This past Wednesday I read in the New York Times about how in the United States mortality rates for middle aged adults in the U.S. are rising:

“As the life expectancy of Americans has declined over a period of three years — a drop driven by higher death rates among people in the prime of life — the focus has been on the plight of white Americans in rural areas who were dying from so-called deaths of despair: drug overdoses, alcoholism and suicide.

But a new analysis of more than a half-century of federal mortality data, published on Tuesday in JAMA, found that the increased death rates among people in midlife extended to all racial and ethnic groups, and to suburbs and cities. And while suicides, drug overdoses and alcoholism were the main causes, other medical conditions, including heart disease, strokes and chronic obstructive pulmonary disease, also contributed, the authors reported.[2]“

The thing that is in common to almost all the diseases listed there is social fragmentation. I’m reminded of Malcolm Gladwell’s opening story in his 2008 book Outliers, which he calls “The Roseto Mystery.” He tells the story of the small town of Roseto, Pennsylvania, where the local doctor happened to tell a visiting medical researcher about how he almost never saw any heart disease in people under 65 in his seventeen years of practice in Roseto. The visitor, Dr. Stewart Wolf, ended up bringing in a sociologist colleague, John Bruhn, to help, and did a study on the mystery of Roseto. Their results were paradigm shifting—the answer to the mystery wasn’t in any individual trait, gene or behavior, it was in the community:

“What Wolf began to realize was that the secret of Roseto wasn’t in diet or exercise or genes or location. It had to be in Roseto itself. As Bruhn and Wolf walked around town, they figured out why. They looked at how the Rosetans visited one another, stopping to chat in Italian on the street, say, or cooking for one another in their backyards. They learned about the extended family clans that underlay the towns social structure. They saw how many homes had three generations living under one roof, and how much respect grandparents commanded. They went to mass at Our Lady of Mount Carmel and saw the unifying and calming effect of the church. They counted twenty-two separate civic organizations in a town of just under two thousand people. They picked up on the particular egalitarian ethos of the community, which discouraged the wealthy from flaunting their success and helped the unsuccessful obscure their failures.[3] “

We cannot separate our physical health from the health of our soul, society, and planet. When we live cut off, isolated lives, no matter how convenient, advanced and prosperous, we are not happy or healthy. We actually become desperate for that connection that we’ve lost. We hide from our pain in many ways, from alcohol and drugs to screens, computers and consumerism.

We can’t tackle the climate crisis only with technology or even only with politics (as necessary as these are). We need to come back to the things the make us feel fulfilled even if we don’t have the latest device, happy even if we don’t have a big, fast car. Judaism, when its teachings are taken seriously, can be on the front lines of helping us back towards community and belonging; with mitzvot such as visiting the sick, comforting the mourners, respecting our parents and elders, caring for the poor, pursuing justice, celebrating holidays together, the list could go on and on.

Judaism, again, when taken seriously, moves us towards gratitude for the earth and all its bounty.  It nudges us towards feeling awe at the miracle of life in all its forms with mitzvot such as saying blessings, and prohibitions on cruelty to animals. We are taught to respect the God-given life of animals by our laws of kosher eating, which tell us that we must not eat the blood, because “the blood is the life.” Our laws of Shmitta, the Sabbatical Year, reminds us that the land isn’t ours– we are only guests and stewards on the land.

When we feel awe at the miracle of creation, what Abraham Joshua Heschel called “radical amazement,” we also feel responsibility to care for creation. We suddenly know in our hearts that all of creation is animated by the same Holy Source. Understanding dawns on us that all our food, clothing, and shelter are not ours to own but are all an amazing gift. Anyone who receives an unexpected and perhaps undeserved gift will instinctively feel gratitude and a sense of mutual obligation to reciprocate that gift. We can reciprocate by caring for the earth, and for one another.

The climate crisis and the addiction epidemic are two sides of the same coin: a fragmenting natural world and a fragmenting society. They feed on one another in a desperate, descending spiral of destruction. But we can also create a spiral of healing for ourselves and the world by learning to come together. If we look to the wisdom of our Jewish tradition and enlist the power of our Jewish communities, one person at a time, one mitzvah at a time, we may find that changing our life-style towards connection not only makes us healthier and happier, but could help to save the planet.

A last word-
To continue doing the work of bridging past and future, Organic Torah depends on your support. Please consider becoming an Organic Torah member, or making a gift to support our classes, writing, and advocacy. 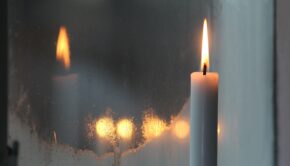 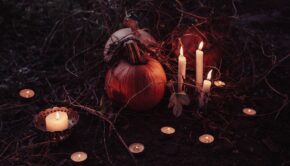