The Talmud, Science and the God of the Gaps

There’s a guy driving his car in New York City. He has a very important meeting to get to and he can’t find a parking space. Desperate, he starts praying to God.

“Please, God, find me a parking space! I promise I’ll go to shul every Shabbat.  I’ll give ten percent of my income to tzedakah!”

Suddenly, a car pulls out right in front of him and there’s his parking space.

He quickly says, “Oh, never mind. I found one.”

This usually gets a pretty good laugh. But I think it also has an important point. It doesn’t really matter what the outside “evidence” or circumstances are. It is up to us to interpret the events of our lives. We can find miracles or we can find coincidences. We can find a Greater Consciousness or we can find our ego.

In synagogues, the section of the torah currently being read is from Exodus. It deals with building the Tabernacle, the Dwelling Place of God within the camp of the Israelites in the desert. One verse that many rabbis have noted says, “asu li mik’dash ve’shakhanti b’tokham”  “Make me a sanctuary and I will dwell within you.”  They point out that it doesn’t say, “within it (the sanctuary) but “within you.”  Even in the ancient world there was a recognition that the goal is not to build buildings, but to internalize a sense of God’s presence within ourselves.

And, also even in the ancient world, there was a recognition that there may be intellectual objections to finding God. How do we even know there is a God? Where can we see God’s working in the world? Even in the time of the Talmud people had doubts.

There is a discussion of this issue in the Talmud, tractate Sanhedrin (102b).  In it the seemingly technical, ritual question is asked, “What place on the bread is one supposed to point to when you say the blessing over the bread?” The answer given is that one must bless the bread right at the place where it first starts to form a crust. The explanation is that we seem to do all the work of making bread. We plow and plant, harvest and thresh, grind and bake. Where was God in this process that we should bless God, saying “Who brings forth bread from the earth?”  Didn’t we do it?  The answer is that when you put the bread into the oven there is no way that one could tell where exactly on the bread a crust would begin to form. There was something, in other words, about the process that they couldn’t explain.

But, wait a minute! This looks like one of the weakest arguments for the existence of God: it’s called “The God of the Gaps.”  People will find something that we can’t explain and then say “There, you see, there must be a God!”  But, it’s not a strong argument because if we are basing our belief in God on these areas that we can’t explain, in other words, if God lives in the gaps in our knowledge, then the place for God keeps getting smaller and smaller until there is no place.   This is a major theme in the history of the conflict between science and religion: science keeps coming along and explaining things: how all the species got here, how the world was formed, etc., and fewer and fewer people have a need for God.

So, is that really the argument that the Talmud is making?  I don’t think so. And I think we can find out about the Talmud’s answer by looking at some of the more recent trends in science.

Since the middle of the 20th century, there has been a trend in science which has not filled in more gaps, but rather has shown us that there are things are can never know.  In 1927 Werner Heisenberg published his Uncertainty Principle showing that there are things about the movements of atomic particles that are theoretically impossible to know.  In 1931 Kurt Godel published his mathematical Incompleteness Theorem which proved that there will never be a completely provable mathematics.  More recently we have seen the emergence of Complex Systems Theory. This says that in a complex system, a system with internal feedback loops (which includes a lot of what we experience in the world: weather, social trends, eco systems, economic systems, and many more) there is no way that we can predict what the individual in a system will do. I might know that there is 7.9% unemployment, but there is no way that we can say exactly who will be unemployed next year. We can say it will be cold in February in the North Eastern United States, but we can’t say exactly when the next storm is going to hit.

So, science is coming back to something that I think the Sages of the Talmud were talking about: There are things in this world that we can never control or predict. There is an essential openness, freedom and mystery that is built into the structure of the world.  There are gaps that will never be filled.  So, it is up to us.  In those places in life where there is no explanation, what do we do with it?  How do we interpret it?  This is also the theme of the holiday which was celebrated a couple of weeks ago: On Purim we read the Megillah in which God’s name is never mentioned. It is a story of chance and coincidence. People’s fate is either determined by the throw of a dice (according to Haman) or it is a meaningful opportunity to exercise our free choice and serve a higher calling (according to Esther).

We have the same choice. In our lives we can look at the parking space open up and say “never mind, I found one.” Or we can marvel at the mystery and give thanks. 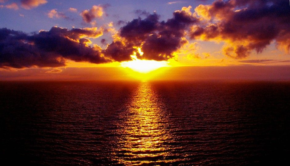 The Climate Crisis, Our Addictions, and How Judaism Can Help →

8 Responses to The Talmud, Science and the God of the Gaps